Skip to main content
Get Updates
Explore More
Close
Audio
Migration
Haitian Migration through the Americas
Share on FacebookShare on TwitterShare via Email
SharePrint
Part of the Hindsight Up Front: Lessons & Implications of Withdrawing from Afghanistan
Article

Syria’s refugee crisis dominates the headlines, but the crisis of Afghan refugees is significant—and has the potential to undermine the future of a country in which the U.S. has invested so much.

Syria’s refugee crisis dominates the headlines, but the crisis of Afghan refugees is significant—and has the potential to undermine the future of a country in which the U.S. has invested so much. Here are four things about a crisis that gets relatively little attention in the West.

Long home to one of the world’s largest global refugee populations, Afghanistan has nearly 3 million externally displaced people, according to the United Nations refugee agency. Only Syria has more. Employees at Afghanistan’s passport agency reportedly said in September that they were issuing an average of 2,000 passports daily—triple the number from six months earlier. These figures may have risen amid increasing destabilization and economic struggles. “Hundreds of thousands of Afghans [were] moving toward Europe” last year, U.N. refugee chief Filippo Grandi said this weekend. More than 40,000 Afghans have arrived in Europe by sea in 2016—again, more than from any country other than Syria.

2. The undesirability of previously desirable destinations.

Pakistan and Iran have historically been the top two destinations for Afghan refugees. In recent months, however, both have cracked down on Afghan refugees, including those who have lived in these countries for decades. Human rights groups and journalists are chronicling cases of discrimination and expulsions in both places. In Pakistan, where Afghan refugees are often accused of involvement in terrorism and the drug trade, authorities have threatened to send them back to Afghanistan and are building structures to restrict access at the border. Many Afghans are fleeing to Europe in part because of the increasingly unpleasant treatment of refugees in Iran and Pakistan. Afghans’ increasingly negative perceptions about policies toward their countrymen in these nations are sharply captured in a new study by the Barcelona Centre for International Affairs.

Europe, though, presents its own perils. Those refugees who survive the dangerous journey face discrimination—and not just anti-refugee sentiment from host populations. European policy makers are often less accommodating to Afghans, who are perceived to be fleeing conditions less dire than those in Syria and Iraq, where full-fledged civil wars are being fought. In February, five European countries barred Afghans from entering. Some countries, including Germany, have actively tried toarrange repatriations of recently arrived Afghan refugees.

Afghan officials, meanwhile, are in no position to accommodate droves of returnees. During the presidency of Hamid Karzai, U.S. officials deemed Afghanistan’s Ministry of Refugees and Repatriation so corrupt that financial support was drastically cut. And there’s no reason to believe that Afghan refugees, whether those who left recently or long ago, are keen to return to a nation experiencing record civilian casualties and where the Taliban controls more territory than at any time since U.S. troops entered in 2001. Worse, one of the largest U.N.-run refugee camps in Afghanistan is in Jalalabad, the provincial capital of Nangarhar, home to most of Afghanistan’s fighters aligned with Islamic State. This means that many returnees could face a double threat of the Taliban and ISIS.

In short, Afghans are fleeing their country in droves, are increasingly unwelcome in their traditional destinations, face major challenges in new regions, and can’t count on smooth returns home. The exodus of those who can escape is leaving Afghanistan without the generation of professionals who are vital to the country’s future success. Yet for many Afghans, neither staying nor going is a viable option.

The opinions expressed here are solely those of the author.

This article originally appeared in The Wall Street Journal 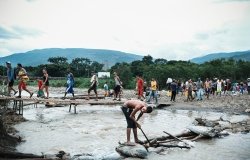 Audio
Migration
Humanity in Motion and Colombia: A Conversation with President Iván Duque 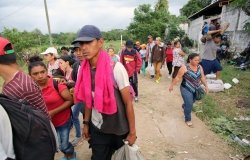 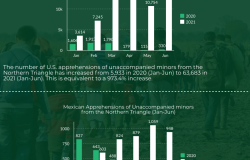 Article
Migration
Infographic | Apprehensions of Migrants Increasing in the United States and Mexico
By Cecily Fasanella on August 9, 2021 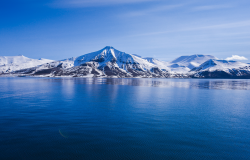 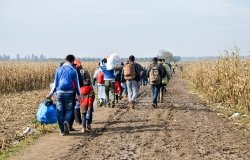 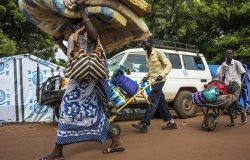 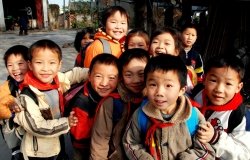 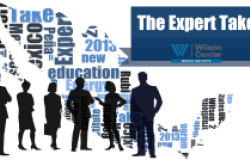 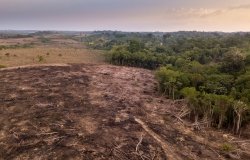 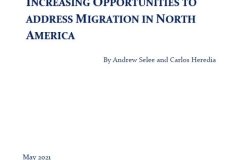